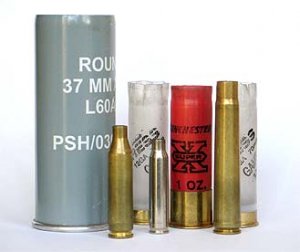 Shotguns, pistols and rifles can produce peak sound levels of 155 dB(C) – 165 dB(C) alongside the shooter’s head. These levels can cause permanent hearing damage, known as “acoustic trauma”, even if only one or two rounds are fired. Effective hearing protection is absolutely essential.

The levels are well above the peak limit value of 140 dB(C) specified in the Control of Noise at Work Regulations 2005.

Most general purpose sound level meters are not capable of measuring peak levels above about 145 dB(C) without overloading.  Not only is specialist equipment needed, but microphones must be carefully orientated to capture the true peak levels accurately.

ISVR Consulting has substantial experience of measuring firearms noise.  We have measured sound levels from pistols, carbines. shotguns, assault rifles, sub-machine guns, baton guns and distraction devices (stun grenades) for several police forces and the Home Office, on indoor and outdoor ranges.  As well as measuring the noise from the firearm, we can also measure noise levels at a shooter’s left and right ears under earmuffs, using miniature microphones.  The measurements are used to assess the adequacy of hearing protection worn by firearms instructors and their students, to ensure peak sound levels at the ear from individual shots are not excessive, and to establish the maximum numbers of  rounds that may be fired per day or per week, without exceeding the lower or upper exposure action values given in the regulations.

On the firing range

We have also measured the sound levels from military rifles and grenades on military training ranges, assessed the effectiveness of a sound moderator (suppressor or “silencer”) fitted to an assault rifle, and recorded and measured the sound from a number of firearms and nail bombs demonstrated for the Bloody Sunday Inquiry.  (Fortunately our main and back-up microphones and instrumentation were not damaged by the flying debris.)

Although most of our firearms or pyrotechnics measurements are made to prevent hearing damage at work, we are occasionally asked to provide evidence of noise levels for use in legal claims for non-occupational hearing damage.  One such case arose when a participant in a paintball war game was accidentally exposed to the sound of a “dye mine” at close range indoors.  Our measurements showed that the peak sound levels would have been similar to those from a rifle or shotgun.

A short Powerpoint presentation was also given at a meeting of the Institute of Acoustics Southern Branch, held in Southampton on 18 October 2017: