Effect of anti-flash hoods on the noise attenuation of earmuffs

An ‘anti-flash hood’, or ‘flash hood’, is a fire-resistant hood intended to protect the wearer’s head, face and neck from severe flash burns caused by short exposures to radiant heat from fire or explosions. Anti-flash hoods are worn by Royal Navy personnel whenever a fire breaks out onboard ship, during periods of heightened readiness, or in training exercises.

They are usually worn with anti-flash gloves or gauntlets to protect hands and arms. Anti-flash gear is intended to protect against short, unexpected exposures to flames or radiant heat; it is not intended to protect against long exposures to fire or intense heat. Although anti-flash gear may be worn by first-response fire-fighting parties, regular shipboard fire-fighters will usually wear full flame-resistant and insulating protective gear similar to that worn by civilian fire fighters.

Other personal protective equipment, such as safety glasses, a helmet or hearing protection, may also be needed. Hearing protection or noise-excluding headsets will be mandatory in areas or compartments where high levels of continuous or impulsive noise are expected from engines, machinery or weapons fire. Without an anti-flash hood, earmuffs are the most widely used type of hearing protection, so it is natural that personnel may also use earmuffs when an anti-flash hood is needed. During noise surveys onboard ships, staff from the Institute of Naval Medicine  noted that, when hearing protection and anti-flash hoods are both needed, earmuffs were generally worn over the hood. Donning earmuffs over a hood is rapid and doesn’t cause delays. However, any head covering between the head and earmuffs will compromise the seal of the earmuffs to the head and degrade the protection against noise.

ISVR Consulting and the Institute of Naval Medicine collaborated to measure the insertion losses, or noise reduction, of earmuffs worn over anti-flash hoods. 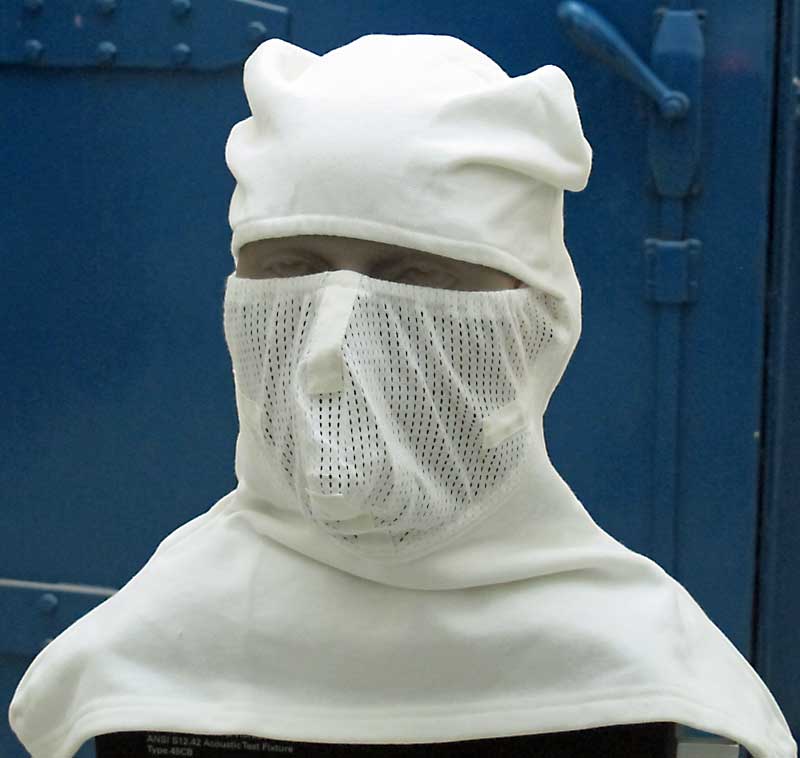 An anti-flash hood on the GRAS 45CB Acoustic Test Fixture 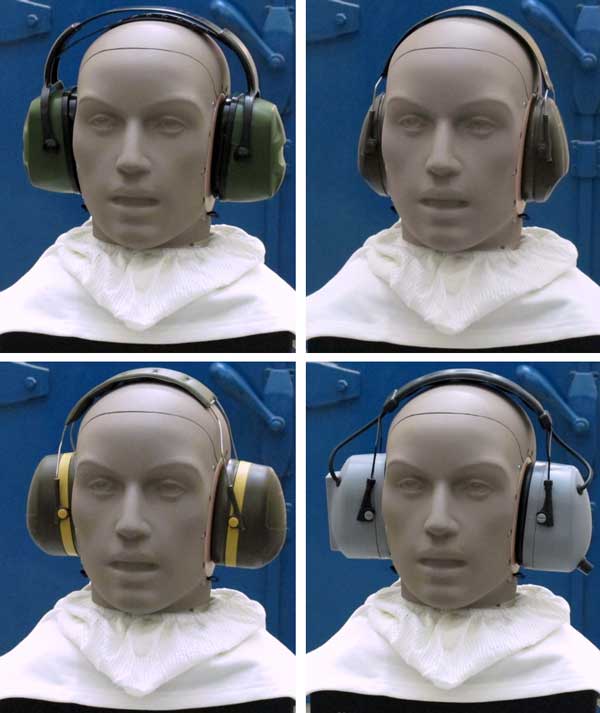 The insertion losses of four pairs of earmuffs, including one noise-excluding headset, were measured in one-third octave bands in a diffuse ‘pink’ broadband noise field. The earmuffs were the Honeywell Howard Leight Thunder T3, the 3M Peltor H515FB (folding earmuff), the 3M Peltor H10A (military equivalent of the Optime III) and the HBS Electronics Magloop inductive loop headphones. These are all in use with the Royal Navy. They were measured using a GRAS 45CB head-like ‘acoustic test fixture’ (or ‘ANSI head’). The acoustic test fixture contains realistic ear simulators with microphones at the eardrum positions. It was designed to comply with ANSI/ASA S12.42-2010 and to avoid the limitations of the Kemar manikin when measuring hearing protectors with high insertion losses.

The measured insertion losses of the earmuffs worn over the hood and without the hood are shown in the four graphs. The open red diamonds and filled green diamonds show the manufacturers’ mean attenuation and assumed protection values respectively. 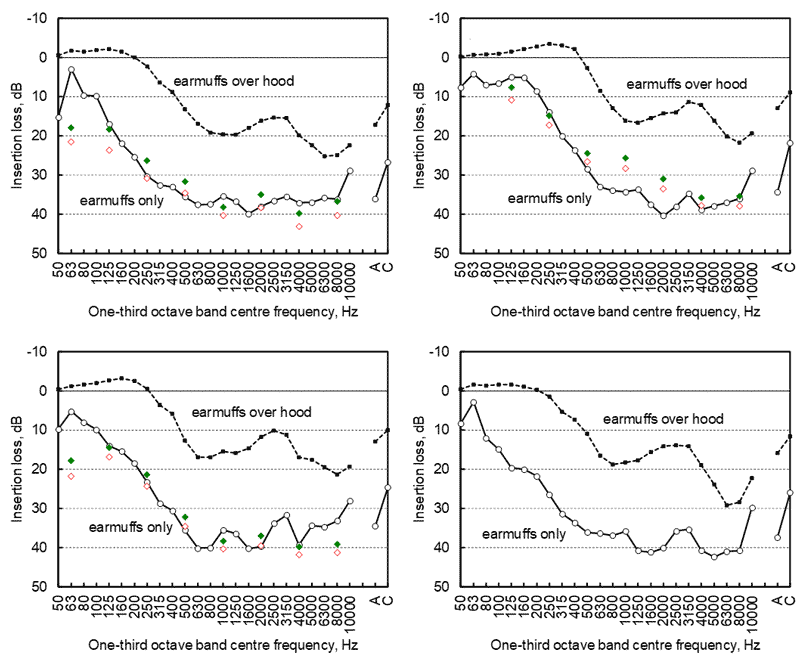 Although our tests describe the effects of an anti-flash hood, there are instances in civilian life when hearing protection is worn with head coverings. Even a hair net or snood worn for hygiene in the food industry can reduce the protection of earmuffs to some extent.